A gentleman and scientist, Ludo joined The Dow Chemical Company Spectroscopy Laboratory in 1936 and until retirement, was one of Dow’s top scientists. In fact, he was the first Dow scientist to have the title ‘Research Specialist’. He held 60 patents and co-authored 446 technical papers, publishing his most recent paper at age 95. Ludo was co-author with Hanawalt and Rinn on the famous 1938 paper, “Chemical Analysis by X-ray Diffraction”, was a world expert in catalysis, and was known for several innovations in the field of powder diffraction. He also wrote some of the first computer automated material identification software utilizing X-ray powder diffraction data.  Ludo served as ICDD Chairman of the Board of Directors from 1990-1992.

Crystallography is an interdisciplinary branch of science taught in departments of physics, chemistry, geology, molecular biology, metallurgy, and material science. To encourage promising graduate students to pursue crystallographically oriented research, the International Centre for Diffraction Data (ICDD) has established a Crystallography Scholarship Fund, known as the Ludo Frevel Crystallography Scholarship Fund. While the Ewald Prize is awarded every three years to an internationally recognized crystallographer, little effort has been made by science departments to cultivate aspiring crystallographers. Convinced of the beneficial, scientific impact of the proposed scholarships for crystallographically oriented research, the ICDD has solicited funds from private and industrial sectors to support this program.

Applications for the year 2021 awards are open and must be received by ICDD no later than 16 October 2020.

A few words regarding the Ludo Frevel Crystallography Scholarship from the chairperson of the Scholarship committee:

the ludo frevel crystallography Scholarship is:

the ludo frevel crystallography Scholarship is NOT:

The applicant should be a graduate student enrolled in a graduate degree program during the 2021 calendar year, with major interest in the following:

Students with a graduation date prior to 1 July 2021 are NOT eligible for the 2021 scholarship award.

The term of the scholarship is one year. The recipient may make application for one renewal at the end of the first year. Because a limited number of scholarships are awarded, renewal applications will be considered on a competitive basis in conjunction with all applications that have been submitted up to the closing date.

Go to next tab to Apply

All applications are to be submitted via the ICDD website. Please follow the instructions below. The preferred method of application is via the web; however, if you require an alternate method, please contact Stephanie Jennings – E-mail: sjennings@icdd.com or Tel: 610-325-9814.

The online application will request you to upload the following information in the form of two separate PDF documents. The online application will also request you to provide the contact information for your primary research advisor. An e-mail will be sent to this advisor seeking a one-page letter of recommendation on your behalf. Please note the recommendation letter is due on or before the deadline of 16 October 2020.

Please prepare the following in advance of applying online.

The amount of available funding limits the number of scholarships that can be granted in any given year. A committee consisting of the ICDD Scholarship Committee Chairman, the ICDD Chairman, the Chairman of the ICDD Education Subcommittee, the ICDD Corporate Secretary and individuals without conflict of interest administer the awarding of the scholarships. One or more accredited professors (with no conflicts of interest) may be invited to assist in the selection of successful candidates. The selection committee will evaluate the applications received to determine which are most deserving of a scholarship. These evaluations consider both the proposal (impact, innovativeness, originality, efficacy of approach, and relationship to crystallography) and the student (recommendation letter, educational track record, prior work and/or research, honors, awards, and professional activities) in determining which applicants will receive the award.

The Scholarship Committee does not and shall not discriminate on the basis of gender, race, or religion. All applications will be held to the same standard and scholarships will be given to the top applicants.

There is a limitation of one award per educational institution. In the event that two or more candidates from one institution are considered to be among the top applicants, only one will be given an award.

Students with a graduation date prior to 1 July 2021 are NOT eligible for the 2021 scholarship award.

A portion of the award may be applied to registration fees and travel costs to attend accredited scientific meetings related to crystallography, where the recipient is presenting results of work performed as part of his or her graduate studies.

There is a limitation of one award per educational institution. In the event that two or more candidates from one institution are considered to be among the top applicants, only one will be given an award.

The science of crystallography has played a key role in the development of X-ray diffraction, electron diffraction and neutron diffraction for the elucidation of the atomic structure of matter. Your donation will go directly to the future of this field.

Please send checks for any amount made out to “Ludo Frevel Crystallography Scholarship Fund”: 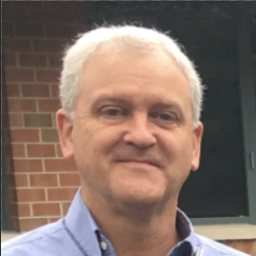 “Supporting the Ludo Frevel Scholarship not only provides financial assistance for graduate students, it also helps to ensure we will have future generations of crystallographers.” 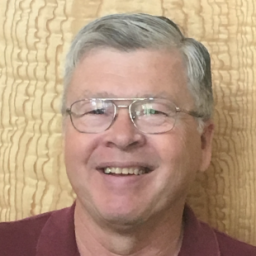 “It was a pleasure to donate to the Ludo Frevel Scholarship Fund, knowing that this fund provides assistance to those pursuing an advanced career in a crystallography-related field. Some will develop new high-tech materials, others will advance the field of biotechnology, still others will choose to teach and pass the concepts on to another generation.”

“Superionic Conductors for Solid Oxide Fuel Cells: Probing the Local and Average Structure of the Enigmatic Bismuth Oxide and Its Chemical Derivatives”

“Determining Mechanisms of Adenovirus Pathogenicity for the Development of Translational Virotherapies”

“The Incommensurate Modulated Structures of Several Metal Derivatives of Valproic Acid, an API used in the Treatment of Epilepsy and Bipolar Disorder”

“Elucidation of Unique Thermal Behavior in a Metal-Organic Nanotube”

“Determination of Local Symmetry and Polarization in Ferroelectric Perovskites”

“Study of the Battery Materials Through Operando X-ray Analysis”

“The Role of Octahedral Rotations and Distortions in Flexoelectric Phenomena”

“Structural Basis of Stability of the Mature HIV-1 Capsid Core”

“From Crystalline Nanorods to Self-Assembled Biomorphs”

“Rational Design of a Family of Organic Thermosalient Crystals”

“Reactivity and Oxygen Storage in Materials for Chemical Looping Processes”

“Mechanism of flow induced crystallization of polymers: based on synchrotron radiation X-ray and neutron study”

“Understanding and controlling the non-classical crystallization of silica-carbonate biomorphs”

“On the differences of Crystal Structures for Compounds with almost the same Chemical Structure: Case of Benperidol and Droperidol”

“Preparation, Structural Study and Evaluation of Physical Properties of Nanostructured Diacetate Based MOFs”

“Phase diagram of SiO2 at high pressures and temperatures”

“An impediment towards the advent of Breast Cancer: Structural analysis of LPO with various ligands”

“An approach towards prevention of septic shock syndrome: Structural and functional studies of PGRP and its complexes with various PAMPS”

“Development of new materials which have application in non-linear optics, ferroelectronics, piezoelectrics, and other technologically important physical properties”

“Synthesis, characterization, and study of new luminescent materials based on conducting metallopolymers”

“Crystallographic studies of AlGaInN based superlattices for terahertz emitters”

“Learning from Metal Sites in Proteins: Crystallographic Studies on Biomimetics”

“Determining the Role of Cholesterol in Cell Membrane Physicochemical Properties: an Insight from Synchrotron X-ray Scattering”

“Study of GaN and AlN Based Diluted Magnetic Semiconductor and Superconductor”

“Learning From Metal Sites in Proteins: Crystallography Studies on Biomimetics”

“Crystallographic Analysis of RebC and RebP”

“Crystal Chemistry of Minerals in the Kola Superdeep Borehole”

“Investigations into the Stability, Morphology and the Crystal Structure of the Coexistence of Structure I and Structure II Methane-ethane Clathrate Hydrates – Occurrence and Geological Implications”

Investigations into the Stability, Morphology and the Crystal Structure of the Coexistence of Structure I and Structure II Methane-ethane Clathrate Hydrates – Occurrence and Geological Implications”

“Measurement of Optical Rotation in the Achiral Crystals of Pentaerythritol”

“Substrate Binding Properties and Reaction Mechanism of an Aminoglycoside-Modifying Kinase”

Erwann Jeanneau
The University of Rennes I, Rennes cedex, France

“Crystallographic and Structural Studies of Cobalt Silicide Formation on Si(001)”

“Structural Analysis of an Antibiotic-Detoxifying Kinase”

“The Crystallography and Chemistry of Tourmaline”

“Ferroelectric Anisotropy and Integration of SrBi2Ta2O9″

“The Crystallography and Chemistry of Tourmaline”

“Ferroelectric Anisotropy and Integration of SrBi2Ta2O9″

“Determining the Phases for a Difficult Protein Structure”

“Polymorphism and the Influence of Crystal Forces on Molecular Conformation”

“Investigation of the Formation, Structure, and Magnetic Behavior of Compounds in the Nickel-Molybdenum-Nitride System”

“Niobium Oxochloride Cluster Compounds: a Quest for Correlations between Configuration of the Clusters, Framework Topology and Properties”

“Investigation of the Formation, Structure, and Magnetic Behavior of Compounds in the Nickel- Molybdenum-Nitrogen System”

“Structure Determination of the flk2/flt3 Ligand”

“Structural Analyses of Stuffed Quartz Phases Along the LiAlSiO4-SiO2 Join”

“Correlations between atomic structure and luminescent and nonlinear optical properties”

“Probability of the formation of solid state compounds”

We use cookies to ensure that we give you the best experience on our website. By continuing to browse the site you are agreeing to our use of cookies.Ok